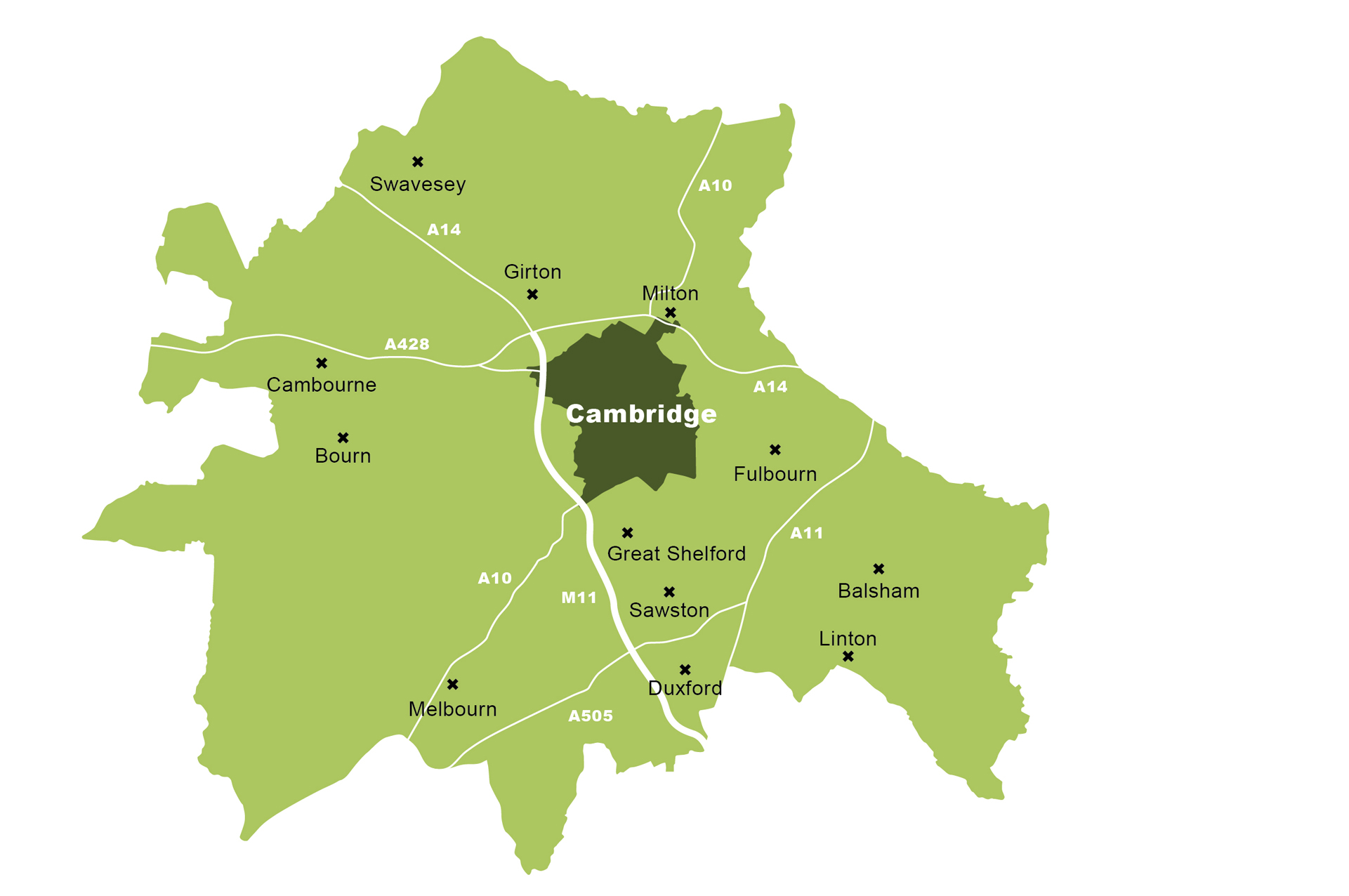 The Councils cover an area of over 360 square miles in the southern part of Cambridgeshire. The Cambridge City Council area is entirely surrounded by South Cambridgeshire and the two Councils have a long track record of working together on our development strategy. The area includes the city of Cambridge and over 100 nearby villages, as well as several new towns and villages which are being developed. The area is bordered by a number of market towns, like Huntingdon, Royston and Haverhill, which fall outside the area.

The vision for Cambridge has long recognised its qualities as a compact, dynamic city, located within the high-quality landscape setting provided by the Cambridge Green Belt. The city has an iconic historic core, heritage assets, river and structural green corridors, with generous, accessible and biodiverse open spaces and well-designed architecture. South Cambridgeshire’s villages vary greatly in size, with each having a unique character.

Greater Cambridge (see glossary) has a reputation for design excellence and has focused on new development that is innovative and promotes the use of sustainable modes of transport. This has already helped to support the transition to a more environmentally sustainable and successful low carbon economy, but the next Local Plan (see glossary) will need to do more.

Greater Cambridge is a centre of excellence and world leader in the fields of higher education and research. It has fostered a dynamic and successful knowledge-based economy, while aiming to retain the high quality of life in the city and surrounding villages that underpins that economic success. Cambridge is also an important centre for a wide range of services.

Both Councils have published visions and Council-wide plans setting out how they want their areas to evolve. These provide an important context for the preparation of the next Local Plan for Greater Cambridge. These are available in full on each Council’s own website (see below links).

To lead a united city, ‘One Cambridge - Fair for All’, in which economic dynamism and prosperity are combined with social justice and equality:

Putting the heart into Cambridgeshire by: